The Tipton School District was organized in 1869, and in accordance with Missouri laws regarding free public education, schools for whites and black students were to be held separately.  Records indicate that public education was provided for black students as early as 1869. The Missouri State Superintendent of Schools utilized the services of James Milton Turner initially to look into the state of black education in Missouri, but later to enforce compliance with the laws. Turner had been born enslaved but had been freed by the time he was four years old. Turner’s initial education was outside the formal system in a clandestine school in St. Louis, Missouri, and he later briefly attended Oberlin College in the 1850s.

Turner made his inspection of Tipton’s black school in October 1869. While he does not provide a description of the school facility, he wrote to the State Superintendent that while officials were willing to open a black school, they had diluted its efficacy in its staff hiring. He advised the black school was being taught by an “incompetent and very ignorant Negro man as teacher.” The Tipton School Board terminated that teacher and hired another that satisfied Turner. Nineteenth-century writers are generally particular about their choice of words. Turner’s description provides four key pieces of information: 1) as it was noted that the board was “willing” to open a school, the school may have been operating but it does not appear that the board had built it; 2) a school for blacks was operating because it was stated that there was an “ignorant” man that was teaching the students; 3) the board was in charge of who taught at the school because they replaced the teacher at the school after Turner’s complaints; and 4) as they had the power to hire and fire, they were controlling the education of black students and had apparently hired the “ignorant” teacher. In an 1873 resolution, Tipton’s School Board agreed to pay the cost of public education for its black students beginning in the 1873 school year. This is further evidence that while the black school had been open since 1869, and the school board was in control of who taught the students, the city was not apparently funding the black school. Otherwise, agreeing to fund the black school would be meaningless, as they would have already been funding it.

It has been documented that the first school building for white students (a brick building) was constructed with public funds in 1871. Based on the foregoing, it is clear that the “smaller building for the education of Negro children,” which was built on the west end of town, at the same time that the white school was built was not built using public funding.  In 1877, due to overcrowding, using more public funds a new public school was built for white students to replace the school that was built in 1871. In 1882, while 160 students were recorded in the white public school, 90 students were recorded in the black school. No record has been located regarding the type of structure the black students attended. Around 1885, the classes for black students were relocated from Tipton’s westside to Howard Street, the heart of Tipton’s black community. The black students to the fifth-grade level were taught by Mr. Jones in the home of Rev. Cal Shackelford. No information has been located to showing the Tipton School Board provided remuneration for the use of Rev. Shackelford’s house.

In 1888, a bond levy brought Tipton’s blacks and whites together for the specific purpose of constructing two new schools; one for whites (the third) and the other for blacks. The bond raised $12,000 for the construction of the two schools ($10,000 for the white public school and $2,000 for the black school). While the black school was still under construction, Professor Abbington, apparently teaching from the Shackelford’s house, reported teaching 64 students on the first day of classes for the 1889-1990 school year. Tipton’s black school opened in fall 1890 and was called Harrison School. Harrison School’s stone foundation was cut, quarried, and laid by some of Tipton’s formerly enslaved black citizens. Harrison School was a two-room brick schoolhouse that initially only taught students from the first to sixth grades but later classes were extended to the eighth grade.

Throughout its history, Harrison School operated with one, two, or three instructors.  Both Tipton’s black and white citizens expressed concerns about the quality of the educators that instructed the black students. Marion Howard, a prominent black citizen was even sued for remarks he made against an instructor that had been briefly hired by the Tipton School Board. However, the Tipton School Board rescinded the offer of employment and the lawsuit was subsequently dismissed.  Harrison School had a series of teachers between 1890 and 1896, including Professor G.S. Abbington, Mrs. A.L. Thomas, Sheldon H. Nutthall, Miss Sarah Anthony, and A.T. Woolridge.

As Harrison School only went to the eighth grade before the 1930s, if students wanted to continue their education, they needed to enroll in schools in Kansas City, Jefferson City, Sedalia, or St. Louis, Missouri. Lincoln High School in Sedalia was one of the schools that black students from Tipton and the surrounding communities attended. Traveling to another town to complete high school often hindered the educational opportunities of Tipton’s black residents, as it meant having to find transportation, secure funding, and/or seek living arrangements in those towns. In about 1927, the Tipton School Board allowed a one-year high school class and in 1933, the Tipton School Board authorized transportation for black students to attend Lincoln High School.

In 1936, Tipton’s School Board allowed Harrison School to start a two-year high school program; however, no additional allotment of money was provided for Harrison’s newly sanctioned high school program. To accommodate the high school students, a classroom (which had been a coal bin) was created in the basement of Harrison School for the elementary students and the high school classes were taught on the main floor.  In 1938, seven students (Ruth Shinault, Sadie Johnson, Florine Maupins, Miriam Shipley, Earl Maupins, William Webb, and George Wright) were the first graduates of Harrison High School.  Harrison’s high school program only lasted until about 1942, when it was discontinued, and students were again either bused to Sedalia or found their own educational options.  Tipton High School was integrated in 1954 but Tipton’s black elementary students were not integrated into Tipton public schools until fall 1957, and Harrison School was closed.

Galveston Shipley once described his parents as poor, honest, hard workers, who with the equivalent of a fifth-grade education could not help him very much with his studies.  While his father was born after the Civil War, his mother had been born enslaved. In one photo (circa 1902), Galveston Shipley is pictured as a student sitting on the steps of Harrison School. After finishing part of his education in Sedalia, Missouri, Galveston Shipley later worked as Harrison School’s janitor, one of its teachers, and ultimately he took over its educational helm, as Principal.  He worked at Harrison School for 34 years. Galveston Shipley took college correspondence courses from the University of Missouri – Columbia because they would not allow blacks on campus, and summer classes at Lincoln University. He did this to improve his own knowledge and that of his students.

While Harrison School’s educational structure was separate, it was not equal to the Tipton public school’s. In fact, Harrison School received out-of-date used “hand-me-down” books and supplies from the public school. However, as Harrison alumni would later recall, Galveston Shipley in addition to the prescribed curriculum taught his students to have a thirst for knowledge and a sense of pride in themselves. We welcome you to join us as we share the history and photos of Harrison School alumni and the opportunity that was created in 1888. 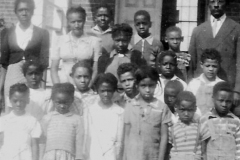 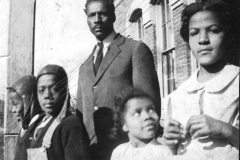 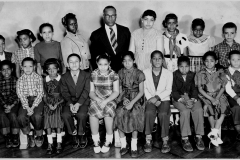 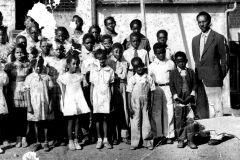 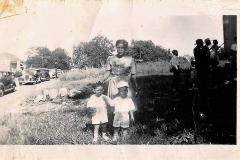 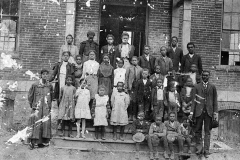 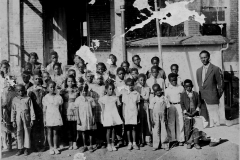 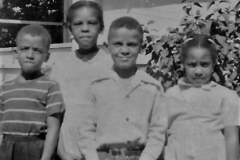 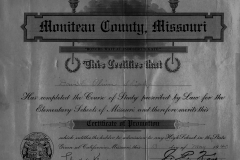 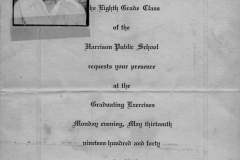 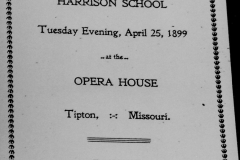 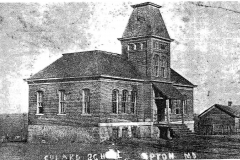 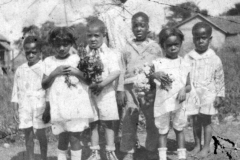 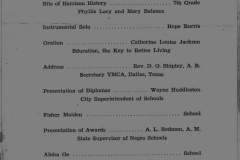